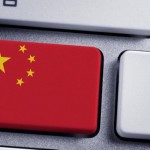 It has been quite some time since I’ve posted anything here. Not that I have so many followers desperately waiting for my next post (well maybe with the exception of my mother and my wife, and even though…). So I thought it was about time to do so.

The main reason for my silence was my travel schedule. Over the last few months I have had to go several times to Asia and especially to China, delving into its amazing online landscape.

For hundreds of years, Asia accounted for about half of the world’s economic activity. Then, as Western economies industrialized, this region fell behind — down to only 8 percent of the global economy in 1970. This trend began to reverse in the 1980s, and today, the region accounts for just over 1/5th of global economic activity and is the second largest travel market in the world (behind Europe but ahead of North America). There are innumerable consumers in this region seeking to buy travel products they have never had access to before, and there is an immense amount of financial capital in the region, which favours growth.

The picture below on the left was taken just 30 years ago. Back then, Shenzhen (situated just across the border from Hong Kong) was a small fishing village with a population of about 25,000. Today (picture on the right), Shenzhen is an ultra-modern megalopolis with a population above 10 million. 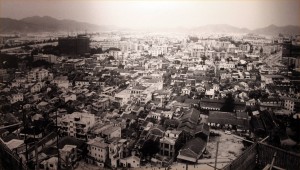 This is a good representation of the growth the region has experienced over the last few decades. If you had been in the region ten years ago, you wouldn’t recognize it today.

When I was there a couple of months ago, Beijing was a reminder of the two faces of Chinese growth: activity was booming, but the city was just going through one of the highest record days in terms of pollution. Another example of this amazing growth: according to calculations by Vaclav Smil for an upcoming book on materials in modern civilization, China put more concrete into its roads, factories, bridges, and buildings in the three years between 2009 and 2011 than the US did in the infrastructure that it built during the entire 20th century!

The growth of the Chinese online space over the last 5 years has also been mind-boggling, allowing this country to have now the largest online population in the world.

Here are a few stats:

And my favourite one:

In Nov 2012, Taobao.com (Online Market Place) reached US$160B sales – more than the combination of eBay.com and Amazon.com in the US!!

The following infographic by Go-Globe summarizes pretty well some current stats and trends about the Chinese online space:

← The One Force That Really Matters
The Chinese online opportunity – Part 2: Behind the Great Firewall →