Originally from London, England, Neil is an American entrepreneur that I met a few years ago while I was speaking at a conference in Chicago. He is the co-founder and Marketing VP of KISSmetrics, a web analytics system used by big brands such as Amazon, Ebay and Foursquare. His main purpose in going into business, other than obviously to make some money, is to help to ‘change the world”. For instance, he is very proud of having used over the years a lot of the cash he earned through his different ventures to provide health care to people who couldn’t afford it, clothes to children that were cold, and food to people who were hungry. And by no means does he feel like he has done enough non-profit work, but he is definitely off to a good start.

NC: Neil, tell me how you first got involved in the web analytics space?

One of my first companies was an Internet marketing agency. We provided SEO and Social Media marketing to companies who wanted to increase traffic to their websites. Over the years we learned that companies had struggled to measure the ROI on their marketing campaigns, so we decided to create an analytics product that would help solve that problem. It took a good amount of pivots before we got to where we are today, but we have made a ton of progress over the years.

NC: What has surprised you most about working in this industry?

The biggest shocker to me is how most companies don’t really do anything with their analytics data. They look at their stats and hope that their traffic goes up, but they don’t really try to fine tune things based on the data in front of their eyes.

NC: What do you find most challenging about this industry?

NC: What’s the best/worst thing to happen since you started working online?

The worst thing that happened to me is that I lost over a million dollars of borrowed money when I was around 20 or 21 years old.

The best thing that happened is that I learned from my mistakes and improved as an entrepreneur. Knowledge is priceless and I feel that what I’ve learned over the years has helped me succeed in life.

NC: If you could change one thing about this industry, what would it be?

I would love it if companies didn’t focus on tracking vanity metrics, and if they would focus on tracking the metrics that actually affect their bottom line. Metrics like bounce rates, pageviews and time on site aren’t nearly as important as lifetime value per customer, churn, and conversion rates.

NC: When your friends/family find out that you are in the online space, what do they say or ask?

They typically ask what I do. Most of them don’t get it, so I just tell them that I work at Microsoft. I know that’s technically a lie, but it’s easier to say that than it is to explain what I do. Plus, I really love Microsoft; unlike most companies, they given back a lot to the world and they really encourage their employees to get involved in the non-profit sector.

NC: Tell me about someone who has influenced your decision to work in this space?

Elon Musk. He is my favourite entrepreneur by far and I’ve learned a lot by reading about him online. Because of him I no longer try to create small businesses; might as well create a game-changing company that impacts the world.

NC: A few words on the Web Analytics industry, don’t you think it is starting to be overcrowded?

It has been crowded for years. But most of the solutions out there focus on vanity metrics that were popular in the web 1.0 world. Because of this there is room for new players to enter in the space and focus on tracking metrics that are important, such as the lifetime value of your customers.

NC: You mentioned quite a few times vanity metrics and important metrics. Can you explain more for our audience the main differences between them? And which type of outcome should we expect by analysing them?

Vanity metrics are ones that companies track but they don’t add much. For example, whether your bounce rate is high or low, it doesn’t mean your conversion rate is going to be low or high. So instead of tracking vanity metrics, ones that don’t affect your bottom line, it is best to track metrics that help you make more money (shopper rate, conversion rate, etc.).

NC: What sorts of trends do you see in the digital space? And what do you think the next big thing will be?

Before, if you wanted to create an online business you would create a website. These days you can create an online business through things like mobile applications or social applications. The amount of mobile devices out there is growing faster than the number of purchases of laptops or computers. Because of this, businesses are going to have to think differently about how they reach their target audience. 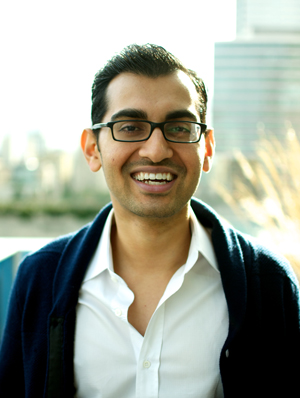