The proud father of two young boys, Paul would describe himself as “another POM in Australian advertising”. CEO of the Interactive Advertising Bureau (IAB)Australia, Paul is indeed a veteran of the Australian Media Industry. He has held numerous sales and management positions in radio and television at Austereo, DMG Radio and WIN Television, and most recently as National Sales Director of NEWS Digital Media. However, what he is most proud of is his humanitarian work in Rwanda and Kosovo while he was working for CARE Australia and during which he lead a team of Australian and local humanitarian aid workers to provide security, shelter, food and medical services for 500+ unaccompanied children.

NC: Tell me how you first got involved in digital advertising.

A former colleague at WIN TV who went to ninemsn in 1997 invited me over and gave me a tour. I was hooked and hired weeks later as one of 4 ad-sales reps.

NC: What has surprised you most about working in this industry?

NC: What do you find most challenging about this industry?

First , the measurement of online audiences and advertising effectiveness, and, secondly, keeping up with the speed of change.

NC: If you could change one thing about this industry, what would it be?

Brands and media planners and buyers would see online as an effective branding channel and would value online advertising similarly to how they value TV and print advertising.

NC: When your friends/family find out that you are in interactive advertising, what do they say or ask?

NC: Tell me about someone who has influenced your decision to work in this space?

Steve Vamos was my CEO at ninemsn and has been a wise counsel, as has Nick Leeder when he was COO at News Digital Media.

NC: What do you think will change about advertising over the next five years?

All advertising will become digital and interactive, influenced by data; much of it will be traded electronically very fast; most of it will be co-ordinated across many channels and devices.

NC: What sorts of trends do you see in the digital space? And what do you think the next big thing will be?

Trends will include greater use of mobile devices – smartphones and tablets – by consumers and therefore by advertisers and marketers; the use of data will be prevalent and I hope accepted; consumers will have much more control over their advertising and content preferences; programmatic trading will encompass digital media inventory currently seen as TV, print, and radio inventory; media agencies and owners will be structured very differently than they are today; creativity and innovation will be vital components along with data for all campaigns; media brands and content will be more important than channels; touch interfaces will be overtaken by voice and gesture interfaces; Australian broadband speeds will be among the fastest in OECD countries (not 16th as they currently are); nobody will ask if online advertising works. The next big thing: if I had to single out one, it would be NFC and mobile as a transaction device.

Any job or business that enabled me to take my 2 sons to daycare/school every morning and pick them up every afternoon. In between, I’d go for a paddle, a bike ride, or a run; or I’d read and tell stories and do some motivational speaking. 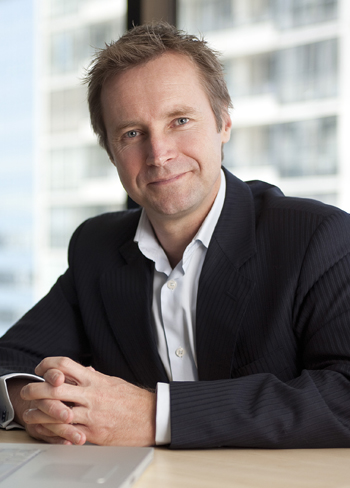