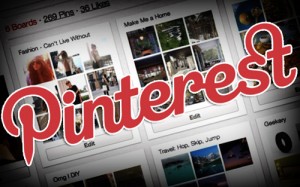 3 weeks ago, while I was sitting on a panel at Istrategy Sydney, someone said: “Pinterest, it’s only for women in the US”. Hmmm… according to a  Shareaholic study, in February 2012, Pinterest accounted for 1.05% of referral traffic, ahead of Twitter and beating YouTube, Reddit, Google+, LinkedIn and MySpace. This represents massive growth if we consider that 6 months ago, Pinterest accounted for just 0.17% of referral traffic.

So what is Pinterest all about? To sum it up, Pinterest is a site you use for bookmarking things, and you do this through images (and videos) and categorize those on different pinboards. You can follow any people and pinboards you like, comment on pins or even ‘repin’ them. It is an interesting way to find/share content online. According to RJ Metrics the most popular categories on Pinterest are: Home, Arts and Crafts, Style/Fashion and Food.

The virtual pinboard concept has been tried before, so why is the company founded by Ben Silbermann and Paul Sciarra in 2010 thriving? Well, I believe that Pinterest differs from others because it’s so visually focused. Indeed, we all think in pictures. Pictures have an amazing ability to quickly change what we are thinking. Both oral and written communication are nowadays in decline because a new form of communication, communication by image, has emerged. Consider how much time you spend on Facebook looking at pictures posted by your friends! Pinterest has grown significantly by focusing solely on images, leveraging by doing so this very powerful vector of communication.